I used to think talk of corporate culture was mostly nonsense, and just a means to compel employees to do things like community service or 5k charity runs. When I looked at valuing businesses, it was something I almost entirely ignored. Now, it is something that I can’t help but focus on immediately, because I now know how integral it is to realizing an asset’s full potential. I also now know how dangerous it can be if a negative corporate culture is permitted to take root, and how difficult it is to purge that element from an ongoing operation.

The business news headlines in recent months have been focused on the corporate culture at Uber, and the problems that have arisen within the company, in whole or in part, as a result of that culture. For years to come, experts and scholars will be researching the various phenomena and confluence of events and trends which created the conditions for this culture to grow, and allowed it to go on for so long. I won’t pretend to be an expert in this field, nor do I have any direct experience with Uber’s management, however, I can offer a few notes from my own experience, which has made me into a believer in the power of corporate culture, as both an asset and a liability.

Coming from an investment background, sitting behind a spreadsheet, I often mocked management speak and talk of corporate culture. In my view, asset values were determined by hard assets, business fundamentals, current cash flows and future prospects. Intangible assets were no more than accounting plugs to allow for over payment, and could be largely ignored when doing one’s own analysis. While I still believe this, I can’t help but recognize that under different stewardship asset values can change drastically. Under good management with good people throughout, an asset can thrive, while under mediocre management with uninspired employees, the same asset may underperform. So, logically, one would pay more, or ascribe greater Intangible Assets to the better performing team. But what about bad/unethical/immoral management with employees that reflect these characteristics as well? This made me think of the concept of Intangible Liabilities.

An Intangible Liability should have been accruing on Uber’s balance sheet. With each event of sexual harassment, looking the other way, or promoting unethical behavior, that liability was actually growing. No doubt, investors would have celebrated the so-called “first-mover advantage” Intangible Asset, but few recognized the Intangible Liability, which was quietly eroding value as it accrued. Ultimately, the Uber board did the only thing it could do, and has now begun the long process of rebuilding a corporate culture which will contribute to value instead of detract from it.

When we opened our flagship data center in West Chicago, we knew we had an amazing asset, however, I seriously undervalued the importance of culture, and naively thought that asset values were mostly set. Admittedly, I missed a hidden Intangible Liability in the form of a broken corporate culture. Indeed, that Liability eroded significant value, and we were forced to re-build the culture with each new hire at each and every position. Seeing firsthand the damage that an unethical corporate culture can cause, we were inspired to define ourselves by not only being great at our jobs, but by always doing “good.”

At first, it felt silly for me to be constantly saying things like “we always do the right thing,” or “go the extra mile when no one is looking.” But, soon, as I found my core team, it just felt natural, because we all believe it. We built a tightly knit group of winners, who share common values and are internally driven to be excellent. We blocked out the noise of the past and focused on the prospects of the future. We banded together to cover each other’s weaknesses and to promote each other’s strengths. We thought carefully about every decision, both major and minor. Some decisions have been easy, others quite difficult, but each and every decision has been guided by and grounded in our own corporate culture of doing the “right thing.”

To be clear, this doesn’t mean everyone likes us. In fact, I’m sure lots of folks don’t like us at all, however, a funny thing happened while we were focused on just doing the “right thing,” and “going the extra mile while no one is looking.” We started winning. At first, it wasn’t much, a new customer here, an upgrade from an existing customer there. And, we just kept grinding. Doing the unglamorous, hard work day in and day out. And then, one day it came fast. We signed big wins from new customers and even bigger upgrades from existing customers. To outsiders, it looked like these big wins just came out of nowhere, but to our team, we knew it was coming all along, and we also knew we were far from done.

From my perspective, this experience changed me greatly, and gave me a much greater understanding of and respect for corporate culture. In managing a business, there are few certainties which can be assured, but I know with certainty that my team will live by our standards of excellence and ethics, and that our corporate culture is now accruing value to the left side of the balance sheet. 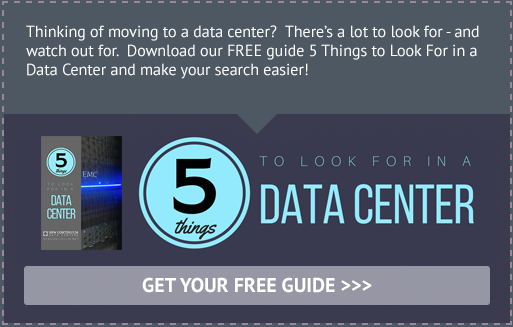